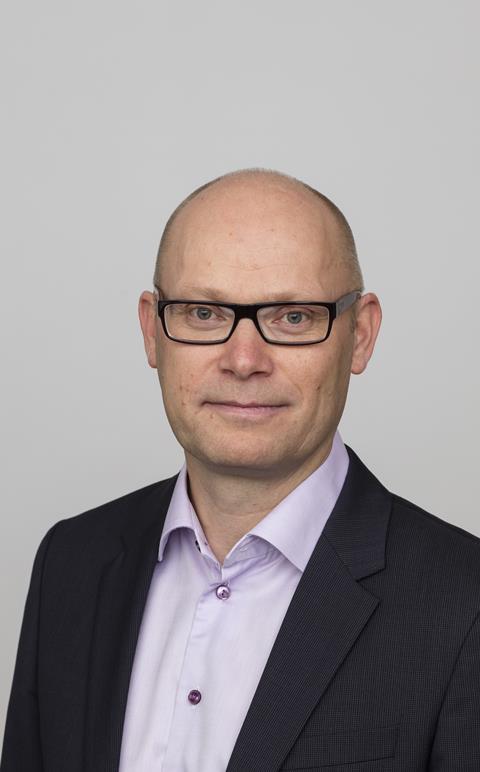 Jan-Erik Räsänen is currently Head of New Technologies at Foreship Ltd. He is responsible for the global technology team which consists of experts in 7 office locations. A well-known ship energy expert, Mr Räsänen specializes in managing/reducing energy consumption on board ships and thereby minimizing emissions from vessel power plants.
Based in Helsinki, Mr Räsänen’s role includes supporting shipowners with the implementation of energy-saving solutions already developed by Foreship, such as with ALS (air lubrication system). Drawing on a career in energy efficiency and retrofits, he has a wealth of knowledge with the application of alternative fuels including energy-efficient hybrid, battery and fuel-cell technologies in shipping, an expertise for which he is widely known in the maritime sector.
Mr Räsänen also possesses considerable experience in risk management services, which he is currently applying in support of efforts to restart the cruise industry. His expertise in risk management has been instrumental in Foreship’s development of Project Hygiea, an initiative designed to limit the presence, spread and potential impact of Covid-19 on passenger ships.
During a 20-year period with ABB that included extensive managerial experience in both newbuilding and retrofits, Mr Räsänen ultimately became Head of New Technologies for the group’s Marine service business. He played a leading role in advancing energy management and decision support through software and the adoption of battery technologies on working vessels. In 2013, Mr Räsänen compiled and edited the widely cited book ‘Energy Efficiency – The other alternative fuel’.
NAVAL