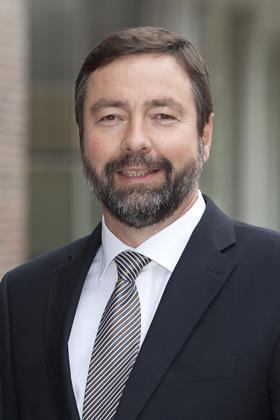 Torsten Schramm is the President of DNV Maritime.

Mr Schramm joined Germanischer Lloyd in 1989. He held a number of positions within the company including the role of Principal Surveyor for Japan, Area Manager for China, Region Manager for Europe, the Middle East and Africa as well as Chief Operating Officer.

A Marine Engineer by training, Mr Schramm served on board Gas Carriers before joining GL, rising to the rank of Chief Engineer.

Mr. Schramm also represents DNV on the Council of the International Association of Classification Societies (IACS).