Australia’s newly-announced A$150 million (US$108mn) Australian Clean Hydrogen Trade Program (ACHTP) will focus on the export of clean hydrogen to Japan under the Japan-Australia Partnership on Decarbonisation through Technology.

The ACHTP will support projects to develop export supply chains and commercialise production of clean hydrogen and derivative clean hydrogen-based compounds, such as clean ammonia, and Japan will take part in the first round of funding. 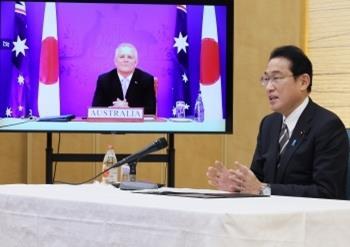 The development was announced on 6 January, when Japan’s Prime Minister Fumio Kishida spoke virtually to Australia’s Prime Minister Scott Morrison. It is the latest of a series of hydrogen-based initiatives being explored between Australia and Japan. Australia-based Origin Energy and Mitsui O.S.K. Lines (MOL) are investigating opportunities for exporting green ammonia from Australia, and in December 2021, the world’s first liquefied hydrogen carrier departed Japan to pick up its first cargo in Australia. Kawasaki Heavy Industries (KHI) estimates the vessel will return to Japan in late February. The A$500 million pilot project, led by KHI has been supported by the Japanese and Australian governments. Japan is also looking to secure a commercial hydrogen supply chain using a liquid organic hydrogen carrier by 2025.

Australia plans to be a world leader in exporting hydrogen. Clean hydrogen is one of the priority technologies in the Australian Government’s Long Term Emissions Reduction Plan and Technology Investment Roadmap. It could directly support 16,000 Australian jobs by 2050, plus an additional 13,000 jobs from the construction of related renewable energy infrastructure. Australian hydrogen production for export and domestic use could also generate more than A$50 billion in additional GDP by 2050.