The first greenfield terminal development at the Port of Houston in more than a decade is now fully operational with a focus on fuels of the future such as ammonia and hydrogen. 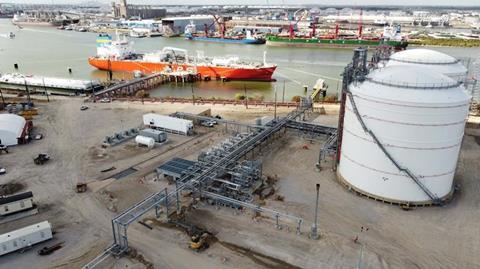 Designed to handle very large gas carriers as well as smaller vessels and barges, Vodak Moda Houston is the only waterborne ammonia terminal in the port with deepwater capabilities.

“With the ability to safely and reliably transport ammonia and other pressurised gases for our current and future customers, Vopak Moda Houston is a vital link in the new energy transition supply chain,” said Moda Midstream chief executive and founder Jonathan Z. Ackerman.

“We are in active discussions with customers to provide logistics solutions for low-carbon products, including storage and handling of green and blue ammonia, hydrogen and low-carbon bunkering,” he said, adding that the terminal was well-positioned to become the US Gulf Coast’s leading ammonia and hydrogen hub.

The new terminal operates a unit train rail loop served by all three main rail lines as well as rail infrastructure for the storage and handling of pressurised gas for a global energy company.