The Port of Rotterdam has signed a memorandum of understanding with another prospective exporter of green hydrogen in Australia, expanding its network of agreements as it positions for the future import of green hydrogen before the end of the current decade.

The port has signed a Memorandum of Understanding with the Tasmanian Government which will see the two work together to investigate the feasibility of future exports of green hydrogen from Bell Bay to the Netherlands. 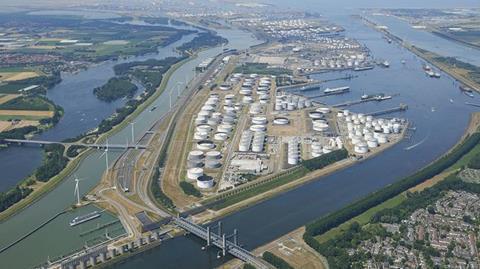 Rotterdam is aiming to become the green hydrogen hub of Europe

“As Europe’s largest port, we’re looking all over the world for countries and companies that could export green hydrogen on an industrial scale before 2030,” said Allard Castelein, CEO Port of Rotterdam.

“Tasmania could very well be one of these. Once we have jointly established the feasibility, the next step would be to get private companies aligned to try to set up trade lanes between Tasmania and Rotterdam.”

Tasmania has a goal to produce green hydrogen domestically in the near term and to be an exporterby 2027. It has already lodged a funding submission for Bell Bay to be a renewable hydrogen hub as part of the Australian Government’s AUS$464 million regional program.

It’s currently the only location in Australia currently capable of producing 100% renewableelectricity all the time which can be utilised for green hydrogen production.

Both sides will use the agreement to promote deployment of hydrogen technologies, enhance skills, training and employment opportunities and to help open up future export markets.

The MoU with the Port of Rotterdam follows a recent visit to Northern Tasmania by executives from Woodside Energy and Japan’s giant Marubeni Corporation who are looking at a partnership for green hydrogen production at Bell Bay.

Tasmania’s Renewable Hydrogen Action Plan sets out the vision to become a leader in large scalegreen hydrogen production to meet both domestic and export demand.