Autonomous shipping: Closer than you think 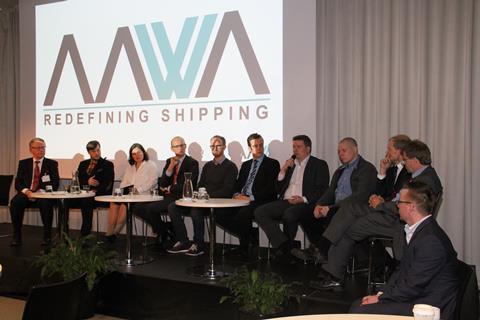 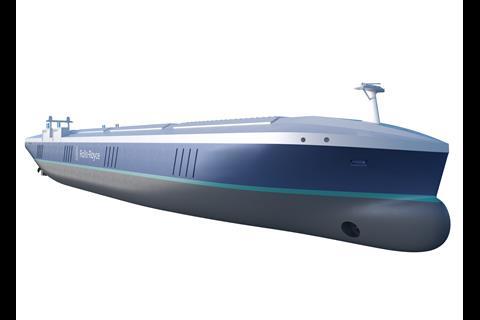 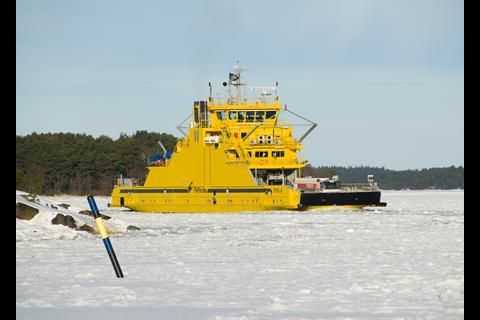 With plans to build a remote-controlled coastal demonstrator ship by 2018, Rolls-Royce and partners in the Advanced Autonomous Waterborne Applications project are confident that such vessels are no longer a distant possibility. But what they discover along the way will be equally important. Gavin Lipsith reports.

According to Oskar Levander, vice president innovation at Rolls-Royce, there is a clear pathway to the development of remote-controlled vessels. First, the technology that is needed will be developed and used by early adopters in order to make operations safer and more efficient. Then as market acceptance grows and the benefits are proven, use of those technologies will be legislated for and eventually become mandatory. Finally, the technologies will be combined in the first automated vessels.

If that analysis holds true, there are sound commercial advantages for companies that develop the required technologies early. So it should be no surprise that the AWWA project, funded by Finnish innovation agency Tekes, has attracted a consortium of industry players keen to benefit from a decisive shift towards vessel automation. The commercial parties involved include class society DNV GL, ship designer Deltamarin, satellite communications specialise Inmarsat and software developer NAPA.

Underlining that commercial imperative is the role to be played by a sixth partner - Finnish cybersecurity and mobile technology developer Brighthouse Intelligence - revealed during an update on the project’s progress last month. Brighthouse, founded by former Nokia and Microsoft executives – will be charged with commercialising any novel technologies (or novel combinations of existing technologies) developed as part of the project.

Among the fields that hold the most potential for sellable technologies are visual sensors and radar, and in particular the fusing of existing sensor arrays to afford greater situational awareness. Whether such systems are used by an intelligent ship or by crew in a shore control centre, they will be essential, and so it is no surprise that they are among the first technologies to be tested under the AAWA auspices.

While various sensors have different strengths and weaknesses, combining them effectively will be critical to enabling basic tasks such as object detection and collision avoidance. Multiple sensor fusion is already applied in other vehicles, including cars and planes – AAWA’s task will be to find the optimal combination for marine operations. This is likely to include both passive technology – including visual range and thermal (long-wave infrared) cameras – and active technology including radar and laser guided radar (or Lidar).

Among the five universities involved in the project, University of Turku’s Technology Research Center is responsible for the technology strand. According to senior research fellow Jonne Poikonen, initial tests on cameras and short range radar have been conducted, while Lidar and combined technologies remain to be tested in the project’s next phase.

Once an optimal solution has been decided, that sensor input will need to be combined with data from GPS and inertial sensors (available already in many vessels through dynamic positioning systems), along with weather data, to create an overall situational awareness model. Together with electronic navigational charts, this will give an accurate location for the vessel and allow for both regular navigation and collision avoidance.

What is more exciting is the enrolment, also announced at the AAWA update last month, of the first commercial ship operators to the project. Finnish ferry operator Finferries and dry bulk company ESL Shipping have joined the programme, furthering their already considerable investments in innovative technologies – two of the first LNG-fuelled bulk carriers are under construction for ESL in China, while Finferries is to take ownership of the second fully battery-operated car ferry by summer 2017.

It is on one of FInferries’ double-ended commuter ferries that AAWA’s first trials of sensor arrays will be hosted. The 63m Stella will be fitted with high-tech cameras (both visual field and thermal imaging) and various radar systems, including Lidar, for at least a year. The research findings will also be used when the project team starts to develop control algorithms for autonomous vessel operation.

“We will be able to capture data for a long time under different conditions,” explains Poikonen. “At first we will just capture the data and store it, for offline analysis so that we can develop the control algorithms for various situations.”

The ferry operates in the southwest part of Finland. "The good thing is it operates in a diverse profile, crossing the main fairway to Turku at least once per voyage,” notes Esa Jokioinen, head of Rolls-Royce’s Blue Ocean innovation team. “This means we should see [many different situations] and also the connectivity across the whole route is good, so it will purely be a sensor test.”

The sensor test goes directly to Finferries’ motivation of joining the project, notes safety and quality manager Pasi Roos (who will become the company’s COO later this year). “Our objective is to modernise our operations, and new technological innovations and safety play a key role in this development,” he says. “We want to be involved in AAWA because the decision making processes being studied are those that will reduce the possibility of human error in the future.”

For ESL, which has yet to confirm the specifics of its involvement, a similar justification is at play. Mikki Koskinen, managing director, ESL Shipping, added: “We have seen increasing interest in, and acceptance of, remote and autonomous technologies worldwide across the transport and logistics industries. While not all ships will be remotely operated or autonomous, these developments have the potential to transform mariners’ jobs for the better.

“The work will not disappear but it will be different and more attractive to younger generations. By participating in the AAWA project we will get an early insight into the impact of such transformation on our industry, our business and the lives of the people who work in it.”

As well as the sensor test onboard the FinFerries vessel, next steps in the technology strand include developing and simulation testing the control algorithms required for various degrees of vessel autonomy. Levander explains that AAWA has adopted a principle of dynamic or adjustable autonomy, where the ship operator sets the level to which a ship operates itself – or the extent to which shore-based supervision is needed – depending on the type of operation. Ahead of the voyage, parameters for each operation need to be planned and a fall-back plan formulated in case of communication failures.

The concept is based on the established ‘Sheridan’ scale of autonomy, where a machine’s level of independence is graded from one (human makes all decisions) to ten (computer decides all action autonomously). These extremes are likely to feature in few marine applications – potentially crew will take full control if last-minute evasive action is needed where communications have failed, while a ship may be able to be fully independent in fair-weather, deep sea going. For everything in between – including mooring, navigating busy lanes and all other operations – a combination will be needed. Defining control algorithms for all those operation types will begin in this phase of the project.

A simulated autonomous ship control system, already developed, will also be harnessed to the latest generation of global satellite communications systems later on in the programme. At the AAWA update, Inmarsat’s Gert-Jan Panken explained how the company’s new Fleet Xpress satellites, with dual Ka+ and L band technology, are set to enable autonomous shipping.

“Until recently, connectivity at sea was not on a par with communications technology shore-side,” he noted. “But the barriers to progress will be broken down as connectivity changes rapidly. Our new satellites are one example, offering global satellite coverage for the first time.”

The four Fleet Xpress satellites offer global coverage with dual redundancy, and a committed data rate ensures that bandwidth is available. For the first time, Inmarsat has opened its platform to trid party developers, enabling them to create the applications that will be essential to improved vessel monitoring and remote control. And extra bandwidth can be committed readily when intensive operations are needed – for example to open a real-time link if it is needed to monitor the condition of machinery, or when a video stream is needed to assist remote control operators in getting ships into port.

Across all technology fields, it is clear that autonomous shipping is closer than many in the industry believe. Poikonen says: “The technologies needed to make remote and autonomous ships a reality exist – the sensor technology needed is sound and commercially available and the algorithms needed for robust decision support systems – the vessel’s ‘virtual captain’ – are not far away. The challenge is to find the optimum way to combine them cost effectively in a marine environment.”

But if the technical aspects of autonomous shipping are well progressed, in other areas there is much more to do. In safety and classification, in assessing legal implications (and required changes in legislation) and – crucially – in providing the business case.

Taking safety as an example, it is clear that autonomous shipping has the potential to reduce occurrences of human error – responsible for many ship losses and around 900 deaths a year, according to DNV GL. What is less certain is what new hazards may be created. Risto Jalonen, project manager for the marine technology group at Aalto University’s department of mechanical engineering, noted that autonomous vessels need to be at least as safe as manned ships.

“Progress can be made only by small and cautious steps and applying a systematic approach to risk assessment,” he said. “Cooperative actions will be needed to develop international standards and guidelines.”

DNV GL will play a key role in developing those standards. Øystein Engelhardtsen, senior researcher, strategic research and innovation, reported: “Our role will be to assess the technology and concepts for safety. We’ll also be looking to formulate requirements towards class notifications as well as developing testing methods and performance standards. And we will provide assurance of the solutions under development as a pilot process for when they come into commercial use.”

So what shape will the project’s demonstrator vessel take when it is revealed in 2018? It is too early for details at this stage, but for the sake of simplicity in regulation it is likely to be a coastal vessel with operations in one or two administrations. Deltamarin, the project’s ship design partner, gave away precious little to stakeholders and potential customers at the AAWA update – systems that cater only for human needs will be able to scaled down (while recognising that crew may be needed on the ship for repair, maintenance and piloting), modular design will be easier and, as Deltamarin’s Päivi Haikkola explained, “the general arrangement will be turned on its head”.

Rolls-Royce’s visions for the design of autonomous vessels of various types are definitely impressive, as are its recent research findings on technologies that can be employed in shore operation centres (reported previously). While there remains a lot of progress to be made, the time is rapidly approaching when those designs will leap from the drawing board and into the sea. Meanwhile the AAWA partners are gaining valuable, and in some cases sellable, experience in a field that – more than ever – looks set to play a fundamental role in the future of shipping.