Bearing down on GHG emissions 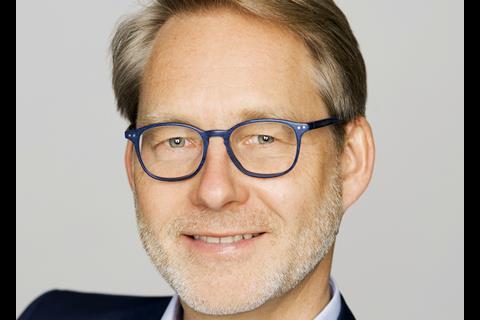 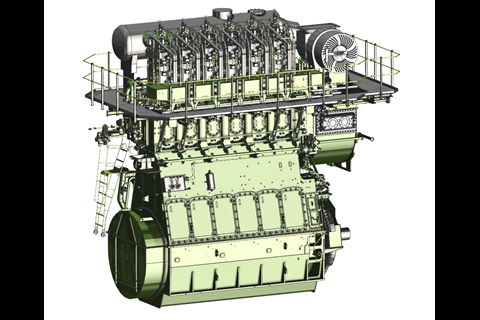 WinGD is currently working on X-DF2.0, a further development of its X-DF design (X40DF pictured). Prototype technologies are due to be fitted aboard a gas-fuelled vessel by early 2020.

Winterthur-based engine designer WinGD is aiming to reduce methane emissions by over 40% thanks to a new development in its next generation of X-DF engines.

Volkmar Galke, Global Head of Sales discussed technological developments in an interview with The Motorship at Gastech in Houston. Given the entry into force of the International Maritime Organisation’s EEDI criteria in the coming years, and the IMO’s 2030 and 2050 targets for reductions in greenhouse gas (GHG) emissions from the global fleet, the GHG emission footprint of different vessels and their respective engines have never been more topical.

Amid the competing claims of different alternative fuels and prospective solutions, liquefied natural gas (LNG) remains the only alternative fuel that offers scalable supply, a developing supply infrastructure and mature technology that has an extensive operating record.

“Since the launch of the X-DF engine series in 2013, our engines have accumulated over 280,000 running hours, with 265 engines in operation and/or on order,” Galke said.

“If you compare our engines with four-stroke LP Otto cycle engines, we emit about 50% fewer methane emissions,” Galke noted..

However, WinGD was close to announcing the introduction of a new refinement to its X-DF engines that would significantly reduce methane emissions.

WinGD developed technologies that influence the combustion process within an X-DF engine. The technologies have been successfully tested on WinGD’s lab engines at its test centres. Galke added the technologies were also expected to make a modest contribution towards improved fuel efficiency for any engines so equipped.

“We expect to see an operational reduction in methane emissions of at least 40% compared with the current generation of X-DF engines,” Galke said.

Factoring in the impact of the new solution would extend the overall GHG emissions benefit of applying X-DF instead of diesel engines to around 20%, Galke said.

WinGD is currently working on the further development of its X-DF concept (X-DF2.0). Prototype technologies have successfully been tested on the engine designer’s test beds and are due to be fitted aboard a gas-fuelled vessel by early 2020.

The initial results from the first running hours of the above mentioned LNG fuelled vessel should be available later in 2020. The new GHG reducing technology is likely to be market ready in 2021

As the GHG reducing technology only increases the footprint of an engine modestly, it may also be suitable for retrofit to existing X-DF engines. The possibility of offering the device for retrofit is being seriously considered, Galke said.

Galke would not disclose more technical details of how the technology will operate, but noted it built on WinGD’s recent focus in reducing methane emissions, which has included combustion chamber optimisation, more sophisticated engine tuning measures, pre-chamber ignition optimisation and other developments.

Much of this is based on the analysis of the phenomena contributing to methane emissions from DF engines, which was discussed during a presentation by WinGD’s German Weisser at the CIMAC Congress in Vancouver earlier this year.

He highlighted the effect of the particular gas admission concept of X-DF engines, which results in two layers of air separating the fuel gas mixture from the exhaust valve and cylinder head, and from the piston surface respectively.

In consequence, engine bore size also plays a role in emissions of unburnt hydrocarbons such as methane, as larger engines are associated with lower fractions of the fuel gas mixture in the quenching layer, and GHG emissions are reduced accordingly.

Weisser shared WinGD’s plans to introduce a technology to significantly lower methane emissions from X-DF engines during the presentation.