An estimated 1.7million TEU is scheduled to be delivered during 2013 making it the biggest year ever for containership deliveries, according to Braemar’s latest Quarterly Container Ship Fleet Statistics. 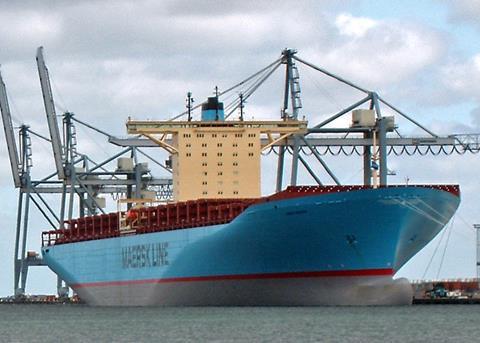 In terms of annual fleet growth Braemar Seascope estimates the cellular fleet will expand in the region of 9.5% in 2013. Previously, the biggest year for cellular deliveries was 2008, with approximately 1.5million TEU of new tonnage commissioned. Cellular deliveries in 2012 are estimated to total 1.3million TEU.

Jonathan Roach, Braemar Seascope’s container analyst says this has been actively countered with plenty of cellular demolition. He goes on to say that “during the first three quarters of 2012, containership demolition reached in excess of 220,000 TEU and we estimate by the end of the year the teu capacity scrapped will reach the 300,000 TEU level”, representing around 2% of the fleet as it stood at the beginning of the year.

Historically, the biggest year for cellular scrapping was 2009, with 370,000 TEUwas sent for recycling.