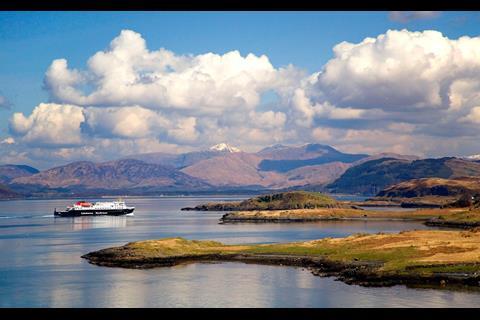 An environment worth protecting: CMAL choose LNG from the start given its strong environmental credentials 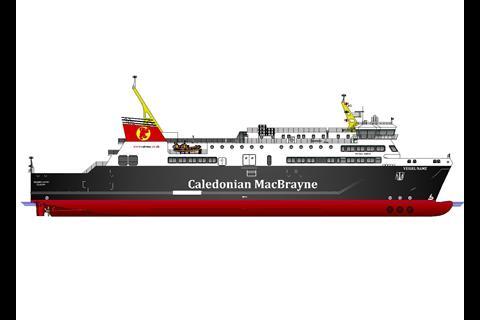 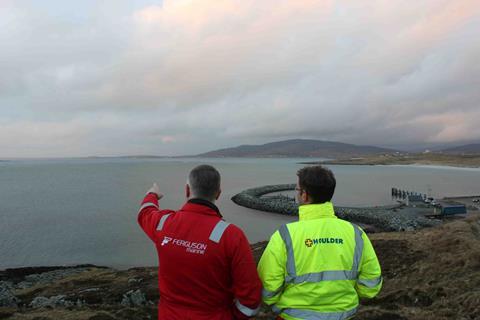 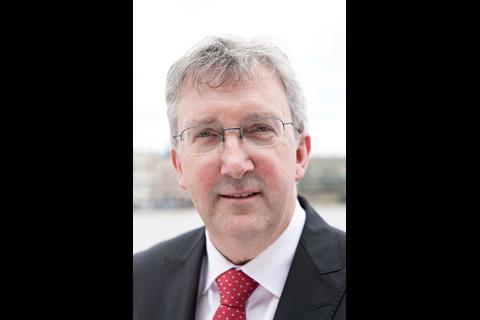 Simpson: "Trying to create a ship with an efficient engine installation across this range of operating speeds is a challenge"

The dual-fuel ferries under construction at Ferguson Marine for Caledonian MacBrayne Assets (CMAL) represent a significant milestone in several respects. Gavin Lipsith spoke to vessel designer Houlder about the project.

The ferries, to be powered primarily by LNG, will be the first gas-fuelled vessels for CMAL and for the UK. For Ferguson, they are an important extension of the CMAL work that has bolstered the Glaswegian yard since its resurgence. And they represent a double win for designer Houlder, which both created the vessel concept that CMAL put to tender and then partnered Ferguson in its successful bid to design and build the real things.

“We’ve been working with CMAL over the past three years,” explains Mike Simpson, director of Houlder’s marine design consultancy division. “When we came to that project gateway we offered our services to Ferguson, and they got the contract. We’re very pleased to be working with them, they are adding to their team all the time. This is a major contract, and their first was the contract for CMAL’s third hybrid ferry, launched way ahead of time.”

For Houlder, the project spans both new and familiar ground. The company has background in LNG, having invested considerably in gas infrastructure, patenting new technology and designing a range of bunkering vessels. And while it has designed LNG-fuelled ferry concepts for shipbuilding tenders before, this is the first time such a project has progressed to the building stage. “Part of the reason not proceed in previous projects was the lack of infrastructure,” explains Simpson.

That was never going to stop CMAL, which will be developing its own infrastructure from scratch. “They were keen on LNG from day one,” Simpson recalls. “They live in a very pretty part of the world and wanted to make sure that wasn’t harmed by their operation. They wanted the highest level of environmental friendliness, so LNG was the way to go.”

CMAL is in the process of investigating how best to build LNG bunkering facilities at its various ports before the ferries enter service in 2018. With just a 140m3 LNG tank, the bunkering needs to be small scale and port-side. At present bunkering by truck is the most likely option.

The vessel itself also presented a significant design challenge, mainly due to the wide operational profile it will need to accommodate. “It has to fit 17 different ports,” says Simpson. “The idea is to rotate the two ferries across routes as others are being repaired or having their annual refits. We need to do that with ease, without modification to the ship or port infrastructure. That’s a challenge in itself.”

One example of how Houlder overcame that challenge is in the vessels’ ramp design. The stern ramp will be built in three parts across its width, meaning that any two parts – or all three – can be used depending on the width of the port.

The operational profile also had an impact on the propulsion system chosen. The ferries will be deployed on long routes that require a high speed, over 16 knots, and on short routes where the speed will drop to around 14 knots.

“When you get to a ship of this size, the power curve almost doubles for two knots of extra speed,” Simpson notes. Trying to create a ship with an efficient engine installation that can handle that range of operating speeds is a challenge.”

A highly flexible engine configuration was needed. The solution was a set up that includes a hybrid shaft generator with power take-in capability. At slow speeds, one of the two main dual-fuel engines provides direct power for one shaft and electric power to turn the other. At higher speed, both main engines are engaged.

The fact that the vessel was designed before the IGF Code was adopted last June might have been another complicating factor. But Simpson notes that in fact the principles to which IMO was working were clear well before the code was formally adopted.

He says: “For the most part it’s just good engineering practice – you don’t want to run pipes through areas where gas might build up, and so on. We could see where the code was going from a way off.”

That good engineering practice applies throughout the design. The large gas tank needed – approximately twice the size of diesel tank with similar capacity – is situated close to midships, meaning that the vessel maintains its balance and avoids any trim issues as gas is used. Piping arrangements are carefully considered, along with the location of gas valves and ventilation where needed to ensure there is no gas build up in case of a leak.

The sizing of the gas tank was an important consideration. Simpson notes that the vessels has a well-defined operational schedule, mainly 12 hours operational with an overnight lay up, and that bunker capacity needed to be big enough so that bunkering did not interfere with that, but not so big as to compromise the 1,000 passenger capacity. A sizeable MGO tank was also needed, offering the back up of pure MGO operation if needed.

It seems as though it is the operational profile, rather than the LNG component, that offers the most technical challenges in the CMAL project. Simpson agrees with that assessment; other than a slightly longer than usual class approval process, while Lloyd’s Register completed its risk-based design assessment, there have been few LNG-based obstacles.

So is there potential for LNG in the UK beyond these two ferries? “I think so,” says Simpson, “although we see it developing more in Europe. The Port of Rotterdam is seeing how it might work down the Rhine on inland waterways, for example. We know that our work in LNG fuelled and LNG bunkering vessels would be directly applicable there.”

Meanwhile, Houlder’s focus will remain on the banks of the Clyde while work on its first LNG ferry project gets underway. Steel was cut on the two ferries last month and, for all the design challenges overcome, the real work is just beginning.