Three different techniques for measuring black carbon in ship exhaust gas have been shown to give similar results for a range of engine and fuel types.

The IMO is considering three techniques for measuring black carbon ahead of setting exhaust emission limits: photoacoustic spectroscopy, laser-induced incandescence and filter smoke number. Each of the methods varies in how it is impacted by particle size, filter fibres, aerosols, brown carbon, sulphur, polyaromatic hydrocarbons (PAHs) and other pollutants. 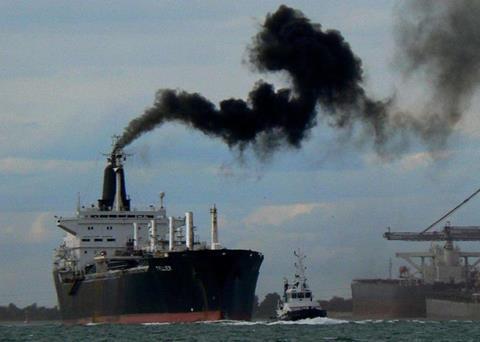 Under the microscope: researchers have been investigating different methods for measuring black carbon

Researchers from Finland and France evaluated the three methods and found that in most cases the standard deviation between instruments was low (5-15%) for a range of different exhaust compositions. Measurements were taken onboard a ship from two modern medium-speed diesel engines burning 0.6% sulphur and 0.1% sulphur, one engine had a selective catalytic reduction (SCR) and SOx scrubber and one had only a scrubber. In the laboratory, a medium speed engine was tested with three different fossil fuels and a fuel with a 30% blend of biofuel fatty acid. A modern high-speed diesel engine was also tested with two sulphur-free fuels.

The researchers note that some differences could be attributed to the exhaust composition, and they propose that calibration methods and correction factors could be defined to improve consistency amongst the readings. They also note that a lack of universally agreed black carbon reference material and methods could complicate regulation development.

Black carbon particles contribute to global warming, and they are also an air pollutant that can contribute to heart and lung disease. A global shipping emissions inventory conducted by the International Council on Clean Transportation in 2017 found that black carbon accounted for more than 20% of CO2 equivalent emissions from ships over a 20-year timeframe.

The paper is available here