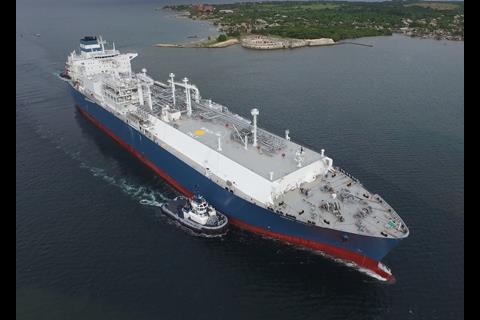 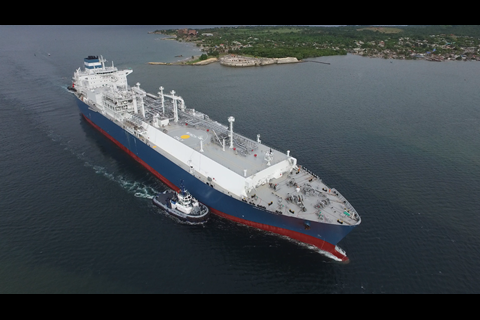 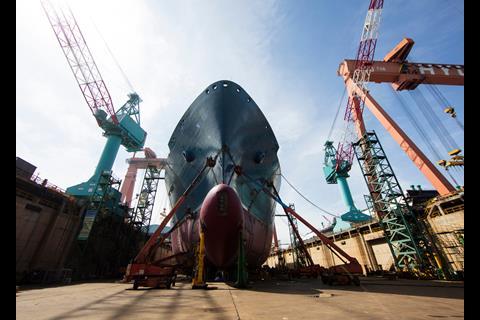 Few vessel sectors have grown dramatically in recent years, but the market for floating storage and regasification units (FSRUs) is on the up after record contract awards in 2016. Sveinung Stohle, CEO of FSRU pioneer Hoegh LNG, shares his thoughts on the sector and the company’s approach.

Stohle would immediately take issue with the description of FSRUs as a vessel segement. “I want to make it clear that today our company is about building and operating floating import terminals, not LNG shipping,” he says. “That is only a very tiny part of what we do.”

It is a tricky definition. Can an asset that stays in one place for up to 30 years, and performs a function that until seven years ago only a land-based import facility could, be called a ship? But they share similar hulls and cargo tanks to LNG carriers, and Hoegh LNG’s six FSRUs in operation – though purpose built as FSRUs – have all spent brief spells trading as gas tankers.

Hoegh LNG’s heritage may be in gas shipping, but since its listing on the Oslo stock exchange in 2011, it has really been focused on one thing: providing cost-effective and timely options for markets in need of LNG import infrastructure. While land-based import terminals can take up to five years to build, at a cost of US$1.5 billion and upwards, a floating unit can be established within five months at a fraction of the cost.

It is clearly a compelling argument. The number of FSRUs in service has grown from nothing seven years ago to 22 vessels today. Last year saw a record six contracts awarded. Hoegh LNG, the market leader as well as a pioneer in the field, achieved revenues of US$220 million last year and anticipates that figure to double by 2020.

The market is not necessarily being driven by growth in global LNG import volumes, which until last year had remained relatively stable for three years. What is more important is the number of new markets opening up.

“Established markets have historically chosen land-based projects, but where they have started to import only in the last six years, more than 60% of importers have opted for FSRUs,” says Stohle. “And if you look at newer entrants that figure is exceeding 80%. Nearly all new importers choose the floating solution.”

The simplicity of the FSRU option is clearly part of the appeal: charter an FSRU, build a jetty and pipeline, and begin shipping in LNG for the FSRU to regasify and pump into the market. There is also a capacity issue. A land-based plant becomes very costly if large volumes are not imported from the start.

But the reasons why markets begin importing in the first place are more complicated. Looking at Hoegh LNG’s contract portfolio (a total of nine, including four that have yet to start,) gives a good indication of the scope of reasons. In Indonesia and Ghana, it was to replace the use of more expensive oil in power generation. In Egypt, Turkey, Chile and Pakistan, importing LNG helps cover a deficit in power production caused by a decline in domestic gas production. In Colombia the Hoegh Grace helps offset seasonal shortfalls in energy production. And in Lithuania, the aptly named Independence gives the market an alternative to buying gas from its hitherto monopoly supplier, Russia.

With nine vessels committed and one available unit, Hoegh LNG is the biggest of the handful of players in the market, each with very distinct business models. Of the three major players, both Hoegh and Excelerate build FSRUs new, but while Excelerate employs gas turbine propulsion, Hoegh has opted for dual-fuel diesel electric propulsion. Golar’s fleet of eight ships are all conversions, which means less capex investment (a newbuild can cost US$280-300 million) but means some trade-off in design and operation. BW Group has built its three vessels new, and while other big shipping players including Gaslog and Teekay have shown an interest in operating FSRUs, they have yet to take a position in the sector.

While the companies involved all have LNG shipping experience, managing an FSRU business requires a very different skillset, explains Stohle. “The things you need to make this work are nothing like chartering an LNG carrier. It’s about building up the infrastructure and having in place the necessary permits for what you need to build or import. You need an organisation that has experience of large projects in construction and engineering, building jetties and pipelines as well as ships – all in one package.”

There are some elements of Hoegh LNG’s business model that set it apart. The company focuses only on long-term contracts with importers, with an average time remaining of 14 years for its current contract portfolio. It operates a ‘vessel in hand’ strategy, always building one more FSRU than it has contracted out. While this requires deep pockets – Hoegh LNG and its New York-listed daughter company have a market cap of US$1.4 billion – it means that the group can respond quickly to new opportunities.

Hoegh LNG’s newbuilding strategy also differs from its counterparts. “We do the designing in-house, and it is one of our big competitive advantages that we have this capacity,” says Stohle. “Our design has evolved over the last few years and we try to improve each time.”

This is in stark contrast to the approach adopted by other companies of converting gas carriers. Any conversion involves inevitable compromises, says Stohle. “You get what you start with – if you convert a 20-year old gas carrier, that’s what you end up with. An FSRU has specific system investments for its purpose. The hull and the storage tanks are the same, but otherwise it is a specific design that can be used as an LNG carrier, not the other way around.”

An example of Hoegh’s approach is its hands-on involvement, in partnership with Wärtsilä, in the design of its regasification unit. The first unit was developed 10 years ago and has since been improved. Another benefit of that involvement is that the company can specify exactly what is required from suppliers and the yard – and it knows where to look when something goes wrong.

The choice of reinforced membrane tanks is another case in point. Moss tanks are popular but Hoegh’s design expertise led it away from the space-eating, spherical containment concept to one that offered a flat surface, simplifying pipe layout on deck and making the placement of the regasification module easier. The company worked with its shipyard to ensure the membrane was reinforced appropriately.

The company’s progress last year gives a strong indication of the trajectory of the business. Hoegh LNG won two new contracts: A 20-year charter with Quantum Power in Ghana, starting in 2018, and a contract of similar duration and start date with GEI in Pakistan. It signed a letter of intent with Samsung Heavy Industries for one firm and three optional newbuildings, as well as signing a contract for a vessel to be delivered from Hyundai Heavy Industries in the fourth quarter of 2018. And it was a busy year on the financial markets too, with New York-listed subsidiary Hoegh LNG Partners raising US$112 million through a recycling of capital. The Oslo-listed parent, meanwhile, issued a new five-year, NOK1.5 billion bond to refinance its existing bond debt.

The boost to the company’s finances will be important as it plans for the years ahead. Its latest newbuildings will be delivered in February and November next year, and in line with its ‘vessel in hand’ approach another one will be needed soon – Stohle anticipates an average of four to five contracts being awarded annually over the next few years.

“You have to invest beforehand because timing is important,” he explains. “It takes 28-30 months to build a new vessel - a conversion you can do quicker, but you will still need to take a capital commitment to be in the competition. The growth is good, but this is not a market that lends itself to large overcapacity because of the upfront capex investment.”

With a pipeline of around 40 projects to be tendered, there will be no shortage of opportunities for Hoegh LNG to grow its business. And if the company can continue to juggle large on-spec newbuild investments with the long-term nature of revenues, Hoegh LNG can be confident of continuing to play a leading role in the market it helped to create just over six years ago.