Bawat has received support from the state-run Danish Green Investment Fund for its use of eco-friendly waste heat in its ballast water management system (BWMS). 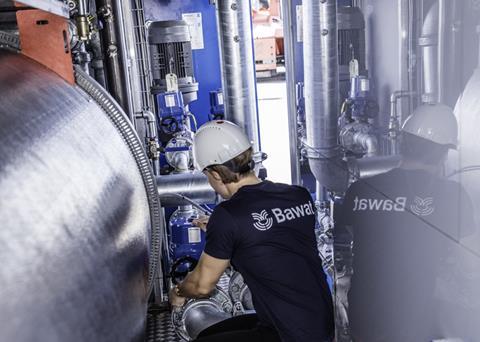 Bawat uses recovered heat from the main engine for pasteurisation of ballast water from 64°C to 72°C. Credit: Bawat

The Denmark-headquartered company, which uses recovered heat from the main engine for pasteurisation of ballast water from 64°C to 72°C, said its unique BWMS process and the fact that there are no filers, chemicals, electrochlorination or UV involved, means that it has won backing from The Danish Nature Agency and the state investment fund supporting it - the Green Investment Fund.

Kim Diederichsen, CEO of Bawat, said: “Bawat has received support from stakeholders for its use of waste heat and the fact that we’re not adding anything.”

Speaking about the Danish Nature Agency and the Green Investment Fund, he stated: “They are supporting the fact that we are using waste heat, so we are not burning anything or adding anything. That is considered green.”

The BWMS is well suited for container vessels, general cargo vessels, Ro-Ro and heavy lift vessels and Bawat currently has three ongoing fleet agreements from which it receives data on a daily basis.

Bawat has conducted land-based testing and is now doing ship port tests for USCG type approval. It expects to finish tests at the end of Q1 2019 and then submit documents for approval in Q3 2019, in line with compliance requirements set by the IMO’s Ballast Water Management Convention.

The company doesn’t foresee any issues in dealing with a potential surge in orders. Mr Diederichsen pointed out that Bawat has operations in Singapore and partnerships in more than 20 countries, enabling it to benefit from a global network.

Pricing is also not an issue Mr Diederichsen insists. “I’d say we are on part with other systems in the market, knowing how to operate, maintain and keep compliance in a system is important. No one really doubts the functionality of pasteurisation – it works and has been proven for so long.”