GTT has been awarded the contract for the cargo handling system and the tank design of a 79,800 m3 LNG carriers (LNGC) for Jiangnan Shipyard (Group) Co., Ltd. The order is the first from the yard for a membrane LNGC using GTT technology. 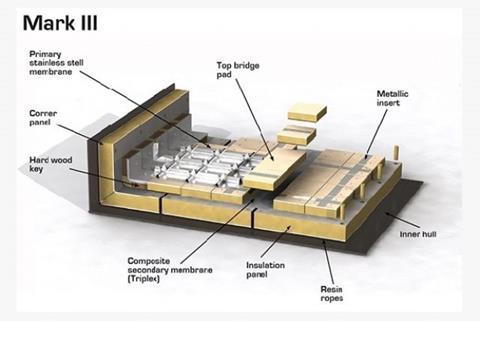 The order from Jiangnan will increase the number of Chinese shipyards to construct an LNG carrier with GTT technology to two, GTT noted.

The order also represents the first order from a Chinese shipyard for an LNG carrier to be built with Mark III membrane technology.

The 79,800 m3 capacity LNG carrier has been ordered by Chinese shipowner JOVO, and is scheduled for delivery in the fourth quarter of 2023.

Philippe Berterottière, Chairman and CEO of GTT, welcomed the order, commenting that: “We are pleased to count Jiangnan among our LNGC new-building partners and to participate in the development of JOVO's marine fleet. This agreement with Jiangnan is a significant milestone for the industry and for membrane LNGCs in China.”

Hu Keyi, Chief of Corporate Technology of Jiangnan Shipyard (Group) Co., Ltd., noted that the order was Jiangnan's first for a medium-size LNG carrier, and thanked GTT for its support at the pre-contract stage. Mr. Hu added that the order represented "a significant step for Jiangnan shipyard towards the construction of a large LNG carrier.”