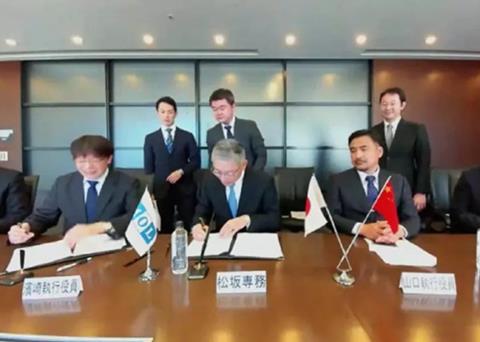 The order, which is understood to RMB7.5 billion (US$1.18bn), represents a significant increase in the largest order booked by a Chinese shipyard, and is also the largest single order for LNG carriers at a Chinese yard.

The order is understood to be for the shipyard’s new Changheng LNG carrier design, which the shipyard has jointly developed with LNG containment specialist GTT. No details about the design’s propulsion solution were available.

While the deployment of the vessels has not been announced, The Motorship notes CNOOC Gas and Power entered into a 20-year sale and purchase agreement (SPA) with Venture Global on 20 December for the supply of 2 million tonnes per annum (MTPA) of LNG from its Plaquemines LNG export terminal in Louisiana, and a shorter purchase agreement for 1.5 MTPA from Venture Global’s Calcasieu Pass LNG facility.