After a busy week at IMO’s headquarters, we choose ten highlights from the Marine Environment Protection Committee’s (MEPC) seventy-first sitting. 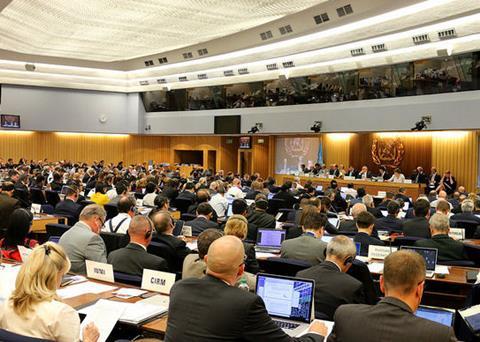 Bad news for ballast water management (BWM) suppliers after the meeting agreed to extend the installation timeframe until 8 September 2024. Most existing ships will now have to retrofit systems on their first IOPP renewal survey after 8 September 2019. But the D-1 discharge standard (achieved by sequential exchange) and a documented BWM plan must be in place by the convention’s entry into force on 8 September 2017.

A smooth introduction to the 2020 sulphur cap came a step closer with the creation of a new work programme for the IMO’s Pollution Prevention and Response (PPR) subcommittee. The scope of PPR’s work to guarantee consistent and effective implementation will include preparing for any transitional, technical, safety and verification challenges that the 0.5% sulphur cap raises, as well as accounting for any regulatory amendments and stakeholder guidance required. Quite a task, and one that will be essential to a successful implementation of a landmark emissions measure.

Some progress was made towards an initial greenhouse gas (GHG) emissions reduction strategy for shipping. With the IMO schedule aiming for adoption of the initial strategy at MEPC 72 in April next year, a working group during the recent meeting prepared a draft outline of the strategy – little more than a list of headings – and considered some reduction measures that had been proposed. An intersessional meeting in October will work further on the strategy, but it seems pace will need to be accelerated if the April 2018 target is to be met.

More details have emerged on the reporting of fuel oil consumption data, to be collected from all ships of 5,000gt or more from 2019. Confidentiality was a key concern, and data will be anonymised by rounding of reported ship technical characteristics. Individual ships will thus not be identifiable. An annual report for the MEPC will include information on annual fuel consumption by fuel type; aggregated data on fuel oil consumption; distance travelled and hours underway by ship type; and the number of eligible ships for which data was and was not received.

The Baltic Sea and North Sea will be the next Tier III NOx emission control areas, effective 21 January 2021, after amendments to Regulation 13 of MARPOL Annex VI were adopted. Vessels built after that date must meet Tier III emission levels when sailing in these areas.

Ro-ro ships gained a significant reprieve in their Energy Efficient Design Index (EEDI) requirements, after the MEPC approved amendments – to be adopted at the next meeting in April – that will impose a 20% offset to EEDI baselines for ro-ro passenger and ro-ro cargo ships. A new concept sets constant threshold values for ro-ro cargo ships of 17,000dwt and above, and for ro-ro passenger ships of 10,000dwt and above. This rectifies the use of ‘overly optimistic presumptions’ for physical properties in the previous baseline values for these ship types.

The use of heavy fuel oil in the Arctic may be set to end after the MEPC agreed to identify measures to mitigate risks associated with the practice. The potential damage to environment and indigenous communities from high-polluting fuels is set to increase as the Arctic waters open up further. Some argue that a ban on use and carriage is appropriate, while other parties prefer to allow HFO transport but mitigate further against spillage. Concrete proposals will now be considered by MEPC 72 in April 2018.

Bunker delivery notes will allow for high sulphur fuel to be used with scrubbers from 1 January 2019. Previously there was no option on the declaration of conformity required from bunker suppliers for documenting the specified sulphur content where it exceeded relevant limits – for example for use on scrubber-equipped vessels or those engaging in emissions abatement research.

A vessel can now visit a shipyard in a Tier III NOx area even if it only meets Tier II NOx. This removes the unintended consequence that previously meant non-compliant ships (or rather, those new enough to need to comply) could not visit shipyards in the ECA for maintenance or repairs. Ships using this exemption must not load or unload cargo and must sail directly to the yard.

MEPC chairman Arsenio Dominguez gave an emotional farewell to delegates after moderating his last session. The list of items above merely scratches the surface of the MEPC’s remit, and chairmanship is a challenging political posting. Dominguez has, according to his colleagues, carried it off with aplomb. His successor, current vice chairman Hideako Saito, will take the reins for the first time at a crucial meeting next April.

A full review will appear in The Motorship’s September issue. Meanwhile, several external organisations have already produced their own briefs. Our favourites so far include those of class society ABS and industry association Intermanager.

Register your interest here to be informed about the 2018 Propulsion & Emissions Conference, 9-10 May 2018, which brings together shipowners, operators and managers and industry stakeholders to address many of the issues highlighted at the MEPC meetings.

For further information, contact the Events team on +44 1329 825335 or email conferences@propulsionconference.com.