A naming ceremony for what is claimed to be the world’s first full-electric bunker vessel has been held at Koa Sangyo shipyard in Marugame City, Kagawa, Japan. 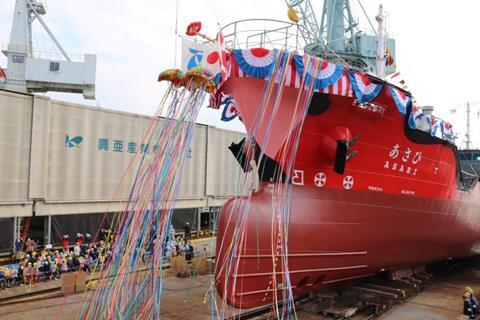 The naming ceremony for the first of two full-electric bunker vessels ordered by Asahi Tanker for operation in Tokyo Bay was held on 22 December.

The vessel’s operational speed of 10 knots and sailing range while operating in Tokyo Bay will be comparable with vessels currently in service. The Motorship previously reported on the pure-electric design when Asahi Tanker and ship broker Exeno-Yamamizu announced the concept design in January 2019.