Why is LNG a genuine option for shipping?

For the first time in 100 years, shipowners now have a choice of energy sources when building new ships. “Liquefied Natural Gas, or LNG, is beginning to look like one of the favourite fuels for new ships,” says Gunnar Helmen, Sales Manager for Skangas. 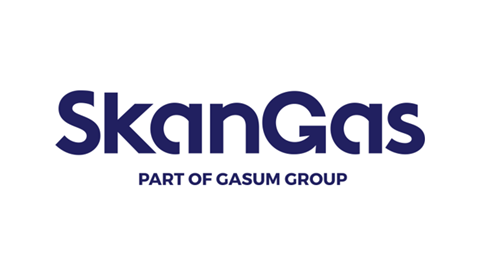 LNG is a way of transporting gas over long distances when no pipelines are available. Purpose-built ships transport the gas to an interim storage facility. From here, the LNG is distributed by smaller vessels or tanker trucks to local users, for example gas-powered ships.

“First there were large sailing ships. Then came the steamships, followed by oil-burning ships. Now, however, for the first time in history, shipowners have the option of selecting different fuels, such as heavy oil, bio-diesel, diesel, battery power, LNG – or hybrid versions of them. This means that fuel has now also become a strategic consideration when building new ships,” says Mr. Helmen.

A 25-year planning horizon
Since the first LNG-powered ferry was launched in Norway 18 years ago, LNG has now gained the status of a genuine ship fuel.

When new ships are being built, it is generally within a 25-year perspective. Predicting the future that far ahead is a difficult exercise. One thing is certain, however: LNG will be part of the future fuel market, as an environmentally and engine-friendly alternative - not least because the requirements for environmentally friendly ships are becoming ever stricter. After a while, they may become so strict that you will run the risk of not being able to dock if the ship does not fulfil the environmental requirements of the major ports of Europe.

The requirements are strict, but it will take timeTraditional heavy oil is being phased out due to the strict environmental requirements set by the authorities. Environmentally friendly liquefied natural gas is becoming more and more a genuine fuel competitor. It will take some time, however, according to Mr. Helmen.

“At Amsterdam-Rotterdam-Antwerp (the so-called ARA region) more than 100 bunkering vessels are available to provide ships with traditional bunker oil. At the time of writing, there are only two corresponding facilities for filling ships with LNG. Skangas wants to change all this. We are working on giving ships operating in northern Europe the possibility of considering LNG fuel as a genuine option; it then becomes essential that this fuel is readily available,” says Gunnar Helmen.

For the time being, vessels sailing throughout Europe are the most relevant potential customers for Skangas. In order for LNG-powered ships to be a regular sight on the seven seas, much depends on the availability of logistics and LNG terminals outside Europe. As things stand, however, this is a long way from reality.

It takes quite some effort to change an entire culture and replace an oil infrastructure that has existed for 100 years. This is exactly what Skangas has been working on since it started up 10 years ago. As well as building the infrastructure for filling with liquefied natural gas in the Nordic region and in northern Europe, it is also important to provide shipowners with the necessary reassurance. “We are working on it. LNG is one of the environmentally friendly fuels that will become important for making future shipping cleaner; for the time being, however, it is unfortunately simpler to bunker oil than gas in most locations.”

Cruise ships are showing the way

Fortunately, though, we are finally seeing an increase in the number of new ships being launched with LNG propulsion.

A large proportion of new cruise ships are being built with LNG as propellant. The shipowners themselves will be in a better position to know why, but here is a tempting thought: are tourists no longer willing to accept cruising round the Norwegian fjords and mountains, or the Arctic, on board ships which are spewing out exhaust fumes and polluting the environment?

Gunnar Helmen will be speaking at this year’s Propulsion & Future Fuels in session 2, Understanding the Future Fuel Mix, held on day one of the conference. Join Gunnar and many more experts from 14-16 November at the Empire Riverside in Hamburg, Germany. Contact the team for more information on +44 1329 825335, or email conferences@propulsionconference.com.